400 people at the mercy of the unrelenting waves. Any sign of hope was lost when the engine broke down. People panicked, the children trembled in fear of the void below. Everyone had given up, that was until a brave soul, still clinging to the sliver of hope we had left, put up a giant sign, made of spare clothes and rubbish that read “SOS”. I had absolutely no clue as to what it meant, but apparently, it was key to our survival.

Trying to live on this floating corpse on water was a nightmare come true. The living conditions were horrendous. Everything smelled like sweat, we had to pee through a small hole which led into the ocean, and people were throwing up everywhere.

Later, a plane flew overhead. We could only hope that someone saw the message, but, then again, hope was a distant feeling on the Palapa.

A moment passed and suddenly, this enormous hunk of metal was sitting right next to us. “This is it, we’re saved” we all thought. Someone on board lowers a ladder down to the tiny Palapa. A head peeks over the edge. A man said something in another language, then people started climbing the ladder, one by one. For some reason, we left all our belongings behind on the Palapa. Once we were all on the gigantic boat, the small, old fishing vessel sank, never to be seen again. We remained seated on what seemed to be the main area of the ship. A man, who looked like a captain appeared in front of us. He said something in what I assume is English and began talking to the other crew members. Someone later translated what he said to us people who couldn’t speak English, he said

“ Welcome aboard the Tampa, you’re in our care now” 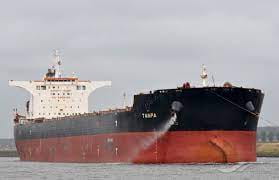